Annie Thwaite:
‘The Urinary Experiment’ - A re-appraisal of ‘witch-bottles’ and their function in early modern England

The ‘witch-bottle’ is one of the most notable hidden charms of the early modern English home. Thought to have been used as a general prophylactic measure against witchcraft, ‘witch-bottles’ were filled with certain ingredients, and buried or built under walls or floors. Historians, archaeologists, and populist literature alike principally categorise these objects as ‘folkish’, thereby situating them in more uneducated, rural and superstitious contexts. In my paper, I will demonstrate that ‘witch-bottles’ were more than folkish, prophylactic charms with no medical or scientific grounding. Rather they were legitimate cures for specific afflictions of bewitchment - intellectually, medically and scientifically grounded, and used across broad social and spatial geographies. By investigating the bottles’ architectural and geographical situation, their material properties and processes, and also by analysing what was being written contemporaneously about them and their use, I will explain how ‘witch-bottles’ shared many properties and processes with contemporaneous ‘accepted’ cures, and argue for a contextual relocation of these hidden charms as a legitimate element of early modern medical practice.
​ 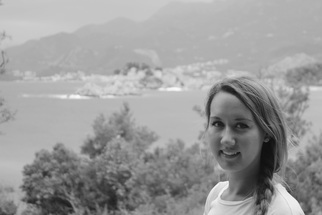 Annie Thwaite
Annie Thwaite did her BA at the University of Warwick specialising in Renaissance History, followed by an MA in the History of Design at the Victoria and Albert Museum/Royal College of Art, her thesis examining ‘witch-bottles’ in the seventeenth and eighteenth centuries. She is currently studying for a PhD at the department of History and the Philosophy of Science, University of Cambridge, examining the material culture of healing in early modern England. Annie is particularly interested in the use of magical objects, and the place of charms and amulets in the context of the early modern medical world.
Apotropaios - on the web since 1999
brian@apotropaios.co.uk