Ceri Houlbrook:
From Concealers to Finders: Putting the (concealed) shoe on the other foot

Concealed shoes are shoes which were purposely concealed within the walls, chimney breasts, and roof spaces of domestic buildings. A vast number of these have been discovered throughout Britain, dating primarily to the 18th and 19th centuries. The motivations behind their concealments are still unknown to us, but the prominent theory suggests that shoes were employed as apotropaic devices, concealed within homes to protect the inhabitants from malignant preternatural forces. The metonymical connection between a shoe and its previous wearer is believed to imbue the shoe with the necessary protective power, and one theory suggests that, to possess this power, shoes must bear the unambiguous imprint of their past wearers, hence why the vast majority of them are old, well-worn or damaged.
This paper, however, is less concerned with the concealers of these shoes and more concerned with their finders. Concealed shoes are often found during restructuring works, and from the point of discovery, their biographies can follow a variety of courses. Some debate, for example, surrounds their removal. Some finders believe it to be ‘bad luck’ to remove concealed shoes and therefore wish to keep them in situ. Other concealed shoes are donated to museums, where still more debate surrounds their treatment: should they be restored by textile conservationists, as some are, or should they be left in their original state, their damaged conditions being considered central to the interpretation of the custom? This paper aims to trace the complex biographies of these objects following discovery, considering how they have been variously perceived and treated by their finders and custodians.
​ 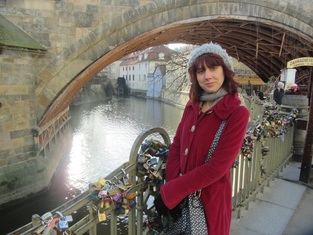 Ceri Houlbrook is a folklore archaeologist, whose primary interests include the materiality of post-medieval magic and ritual, contemporary folkloric practices, and the heritage of deposits and assemblages. She attained her doctorate in Archaeology from the University of Manchester in 2014, having written her thesis on the British custom of coin-trees, and is currently a postdoctoral research assistant on the ‘Inner Lives’ project, University of Hertfordshire. This role sees her mapping concealed objects across the British Isles and engaging with their contemporary finders.
Apotropaios - on the web since 1999
brian@apotropaios.co.uk