Jason Semmens:
Cunning-folk and the Protection of Property: The View from the West-Country

Cunning-folk were purveyors of folk magic, sought out by those who believed themselves bewitched, wanted their fortunes told, or had effects stolen or lost and wanted restitution. Most offered occult services in addition to their regular employment, and although known in their immediate localities few attracted wider attention. They are generally recognized today from contemporary newspaper accounts or reports of the more sensational court cases that resulted when one was brought to trial, while some survive as literary characters in the later nineteenth and early twentieth century folklore collections and in fiction.

Much of the research on cunning-folk over the past 40 years has focused on their role in the unbewitching of individuals and diffusing local tensions, yet the historical sources indicate that cunning-folk assuaged anxieties surrounding property, both personal and structural, also considered vulnerable to malign influence and attack. In the absence of comprehensive forms of insurance, cunning-folk historically provided protection to property owners. This paper explores the ways in which Westcountry cunning-folk offered textual amulets and practical anodynes for the protection of property and the performative aspects of their trade.
​ 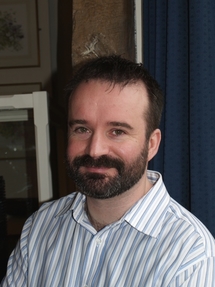 Jason Semmens
Originally from West Cornwall, Jason Semmens is currently the Director of the Army Medical Services Museum, Ash Vale, Surrey. He is an independent researcher with Master of Arts degrees from the Universities of Exeter and Leicester. His publications include The Cornish Witch-finder: William Henry Paynter and the Witchery, Ghosts, Charms and Folklore of Cornwall (2008) and Tammy Blee's Cabalistic Agency: Witchcraft and Popular Magic in History and Interpretation (forthcoming 2016), along with numerous contributions to journals, including Folklore, Cornish Studies and the Journal for the Academic Study of Magic.
Apotropaios - on the web since 1999
brian@apotropaios.co.uk