Paula McBride:
​Something Wicked This Way Comes: The Magical Protection of Buildings in the Midlands.

As a young boy, my grandfather lived at the Red Cat Hotel in North Wootton, Norfolk, near the royal Sandringham Estate. His parents were managers there between 1929 and 1932, and knew the area well, having family in King’s Lynn. The hotel was so named due to the ‘dried’ red cat found, so my grandfather told me, during building works many years before at the first Red Cat Inn which had been situated opposite. On one childhood holiday, I was taken to see the hotel and the cat, displayed in a glass case in the Bar, and this has remained in my memory ever since. I remember my grandmother commenting that it was there “to keep the witches away”. To a curious nine-year-old, the thought of concealing a cat within the walls of a building was both horrific (particularly as my grandfather teased that it had been buried alive) and fascinating.
In comparison with the extensive volumes on magic and witchcraft for the Home Counties and the south of England, there is little available for the Midlands. As part of current research, this contribution will look at the magical protection of buildings in the Midlands. Using collections such as those of the Museum of Witchcraft and Magic, and evidence at Midlands sites such as Woolsthorpe Manor (the birthplace of Sir Isaac Newton), this paper will offer proof that, despite most assizes records of the Midlands being destroyed in 1800, there is evidence for magic, witchcraft and counter-magic in the Midlands.
​ 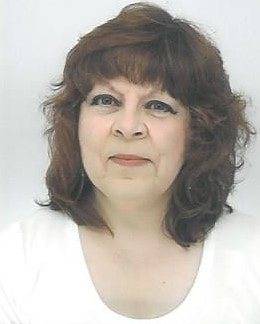 Paula McBride is currently in her second year of a part-time MPhil/PhD study at the University of Bristol, researching witchcraft and magic in the Early Modern Midlands. Initially her MA Research degree at the University of Warwick concentrated on the Midland Assizes Circuit areas of the Midlands, and now the research continues, broadening the geographical area to also include the Oxford Assizes Circuit. It is hoped this PhD study will offer a complete and detailed analysis of evidence for witchcraft and magic in the Midlands.
Apotropaios - on the web since 1999
brian@apotropaios.co.uk