Sonja Hukantaival:
​Why sharp tools, vipers and cats? – The agency of objects and materials in the Finnish pre-mechanistic worldview

Studies in different parts of Europe have shown that certain objects were preferred as hidden charms. Often these same objects were preferred in rituals more widely as well. What made some objects more suitable for ritual use than others? In the mechanistic worldview taught in schools today, objects and materials are perceived as inert. However, in the area of present-day Finland, objects and materials were seen as potentially “alive” up to the early 20th century. This is well documented in oral accounts gathered and stored in folklore archives. While the issue of special agency in objects and materials has been discussed within folkloristics and comparative religion, it is less familiar among archaeologists. The purpose of this paper is to discuss the usefulness of objects in the light of examples from Finnish post-medieval finds of concealed objects in buildings. 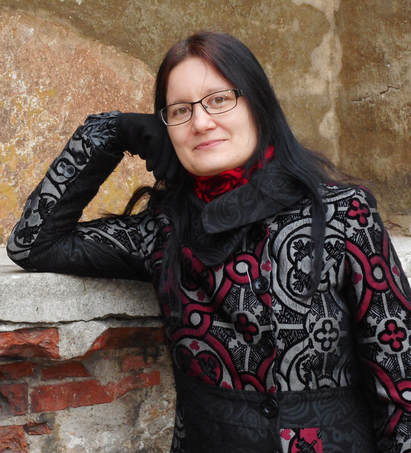 Sonja specialises in the archaeology of Finnish folk religion/ritual/magic and archaeology of religion more widely. She finished her doctoral thesis on Finnish ritual building concealments in November 2016. While planning her post doc project concerning the materiality of magic in Finland, she currently works at University of Turku in the project “At the Dawn of the Middle Ages – An archaeological analysis of the 13th-century episcopal site of Koroinen, Finland”.
Apotropaios - on the web since 1999
brian@apotropaios.co.uk