Much recent research has concentrated on concealed objects as charms. However, not all charms were hidden. According to the antiquarian Frederick Thomas Elworthy, writing in 1895, those against the evil eye were ostentatiously displayed to 'fascinate' and divert attention. Elworthy lists three classes of amulets - those to attract attention; secret, hidden charms; and written words such as sacred writings or formulae.
Unlike a number of other researchers I am not looking at charms found deliberately concealed in buildings, but amulets 'hidden' in museum collections. Although museums are best known as places of display, the vast majority of their collections are usually in storage. Objects therefore come in and out of public view as fashions in museums and academia change. Often they are simply forgotten rather than deliberately concealed.
The basis of this paper is my survey of English amulets in English museums, as summarised in my chapter in A Feeling for Magic (ed. Ronald Hutton, 2015). When, why and by whom have these things been revealed and concealed? My survey uncovered over 1700 examples in at least 17 institutions. Here, I summarise my findings on the material form of the amulets surveyed, their temporal and geographical distribution, and the purposes for which they were used. I also situate them within shifting contexts of collection and interpretation, contrasting the intentions of field collectors such as Elworthy and Edward Lovett with the amulets' place in early anthropological museums, as well as more recent settings including the Museum of Witchcraft (and Magic).
​ 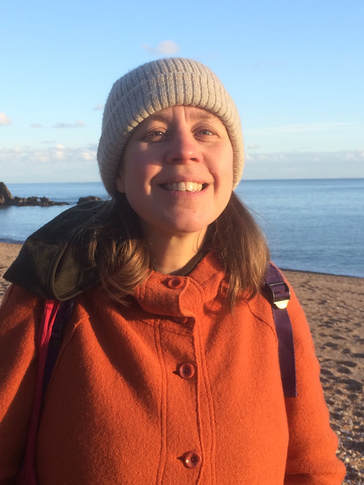 Tabitha is Curator of Social History and World Cultures for Plymouth Arts and Heritage. She is also a PhD student at the University of Bristol, writing on the theme of collecting material magic in English museums.
Apotropaios - on the web since 1999
brian@apotropaios.co.uk