Protective rituals and practices associated with undertaking building and occupation of dwellings and public buildings were brought to North America by early European immigrants.  There they met aboriginal magical practices, and were transformed over time. Talismanic rituals included scribing symbolic markings or carvings on the building (particularly at entrances and stairways), foundation deposits (coins, quartz crystals, cornerstone deposits), and site‐specific deposits such as broken ceramics placed under hearth stones, shoes placed in walls or floors, horse shoes over doors, and horse skulls at eaves, etc., and topping out ceremonies. These practices were actively engaged in until the middle decades of the 19th century; some survive today.
​Evidence for these practices has been found at early 17th century archeological sites in Albany,  New York and elsewhere in the Hudson Valley of New York and New Jersey, and can be traced through archeological sites and standing structures throughout the New World Dutch cultural hearth. My paper will present examples of these practices from c.1625 to the present, and will contextualize these practices through comparison with European precedents.
​ 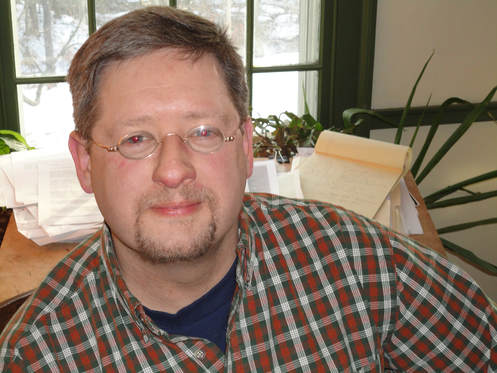 Walter lives in Troy, New York and has more than 30 years of experience in the architectural field, having begun his career with a position at the Office of the State Architect in Albany, NY. He later worked in private practice with Wagoner & Reynolds Architects for three years. In 1990, he began consulting, providing services as an architect and architectural historian. Since 1999, Mr. Wheeler has served as Senior Architectural Historian at Hartgen Archeological Associates, Inc., a cultural resource management firm located in Rensselaer, NY.
Mr. Wheeler has authored numerous scholarly articles and two monographs on New York State architecture. He is currently at work on a book for SUNY Press, which will document the vernacular architecture of the upper Hudson Valley. He sits on the boards of several preservation-related groups and serves as Vice President of the Dutch Barn Preservation Society (DBPS), President of the Society for the Preservation of Hudson Valley Vernacular Architecture (HVVA), and the Albany County Historical Association (ACHA). He edits the DBPS Newsletter and is a member of numerous other professional associations and societies including the Vernacular Architecture Forum (VAF), the New England Chapter of the VAF (VAF-NE), and the Vernacular Architecture Group (VAG).
Mr. Wheeler will read a revised version of the paper he presented at the Ruralia conference held in Clervaux, Luxembourg in the fall of 2015.
Apotropaios - on the web since 1999
brian@apotropaios.co.uk